Divided Nation is more expansion pack than proper sequel to American Conquest, a sequel of games that started out way back in 2002. The graphics haven’t seen much improvement since then. As with the second game (American Conquest: Fight Back), gameplay in Divided Nation is a matter of either typical RTS base-building or full scale clashes between armies that don’t involve any production or resource gathering. The main point of difference between American Conquest and games such as, say, Age of Empires, is scale and tactical awareness. You’ll often be moving huge armies of troops, and then have to worry about things like formation and flanking when muskets light up. Four factions (Union, Confederacy, Texas, Mexico) are playable One of the draws of the original American Conquest had to do with the combat modelling. The developer went to some lengths to give their soldiers some hint of realism. Morale is key, so flank attacks, great losses or fatigue will all chip away at your men, eventually leading to a panicked retreat. This novelty was enjoyable at the time, but in Divided Nation it’s more of an annoyance, especially when the game comes with some of the most unmanageable cameras ever (you basically have two views – too close, and too far away). If you could tell at a glance which formations were losing their bottle then things wouldn’t be so bad.

But a larger problem with the game is that it doesn’t distinguish itself enough from past iterations. At the very least the game could have fixed some of its more gnawing annoyances related to control and camera issues. There just isn’t much here to bemuse the modern strategy gamer, although diehard American Conquest fans might find some pleasure from the nine new campaigns. Linear and set mostly against the background of the Civil War and Mexicanâ€“American War of 1836, they are reasonably amusing, though hardly their most fortunate representation with this aging game engine. 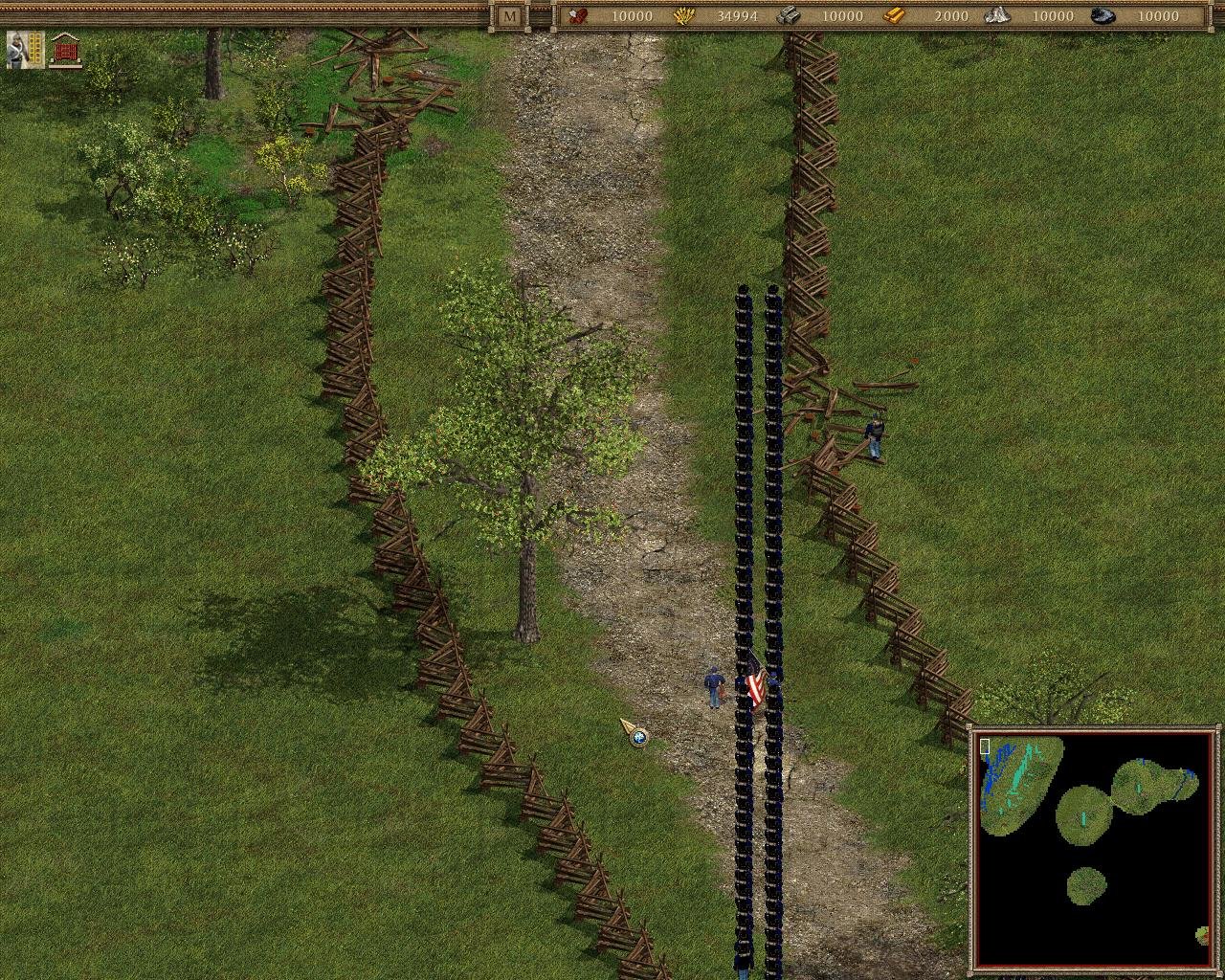