Activision Valueâ€™s Apache AH-64 Air Assault combat-helicopter title is a slap to the face of budget-game naysayers. Although at first glance Apache appears to be little more than an unsophisticated aerial shooter â€” a characterization reinforced by its comic-book title, gaudy box artwork, and $20 price tag â€” it punches through to deliver an entertaining chopper game.

Hardcore helicopter sim fans arenâ€™t going to abandon their copies of Comanche vs. Hokum anytime soon, but, for an unassuming value title, Apache Air Assault is the closest thing weâ€™ve seen to a bona fide combat-helo sim in years. The game boasts a simplified yet responsive helicopter flight dynamics mated to a challenging linear campaign path. Set against a back story of Middle Eastern dictators and South American druglords, the scripted mission structure has you raining down Hellfire missiles, heavy caliber bullets and dumbfire rockets on the bad guys from behind the heavily simplified cockpit of an Apache AH-64 gunship. There are no wingmen to command or aerial opponents to fight, but youâ€™ll find enough ground targets to keep you busy. The flight model and survivability can also be adjusted to suit different experience levels and playing skills.

The absence of any multiplayer options or training missions isnâ€™t really a significant deal-breaker here. Thatâ€™s because InterActive Vision has done an effective job of balancing the gameâ€™s theatrical action premise with a plausible level of realism. 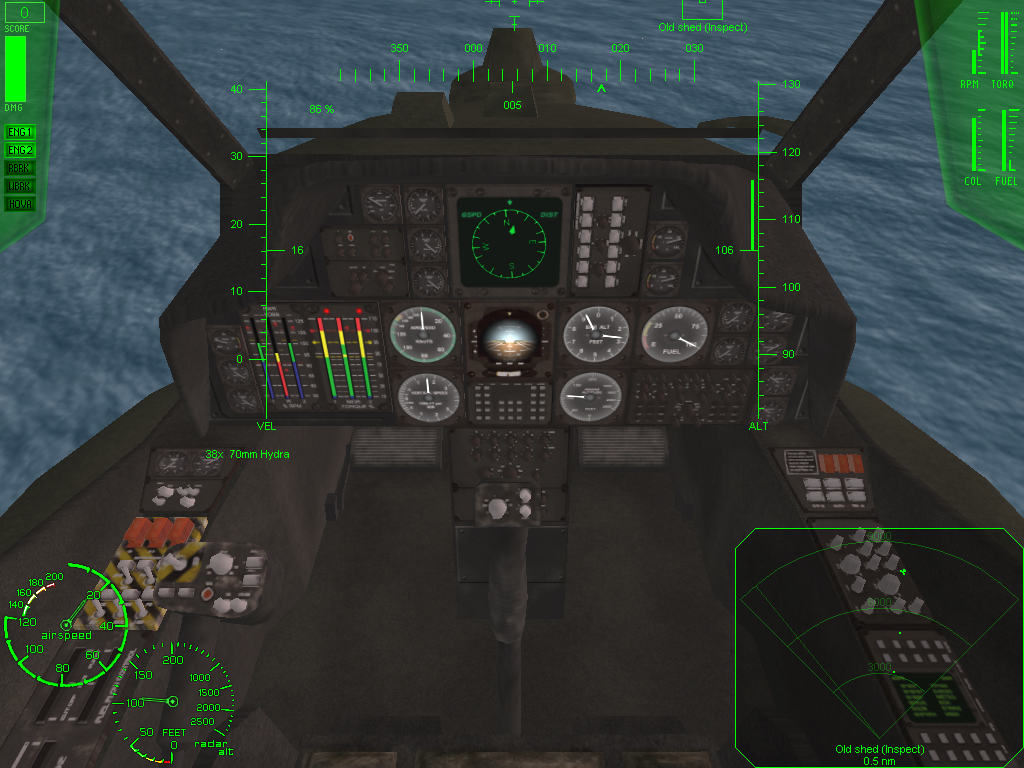 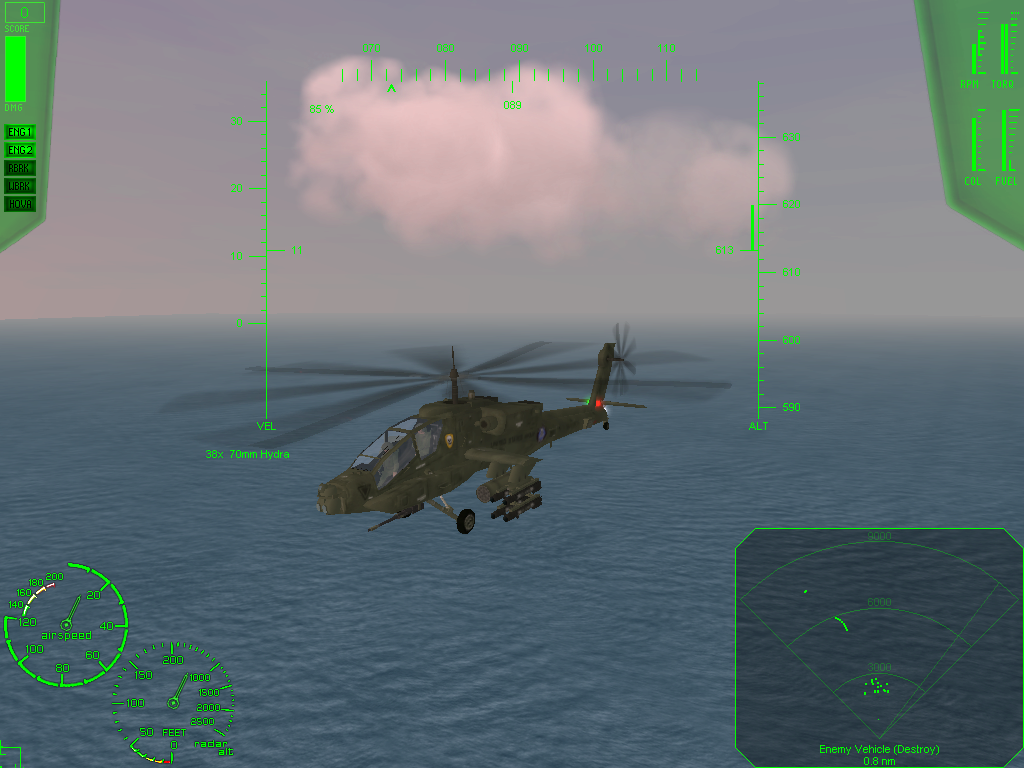 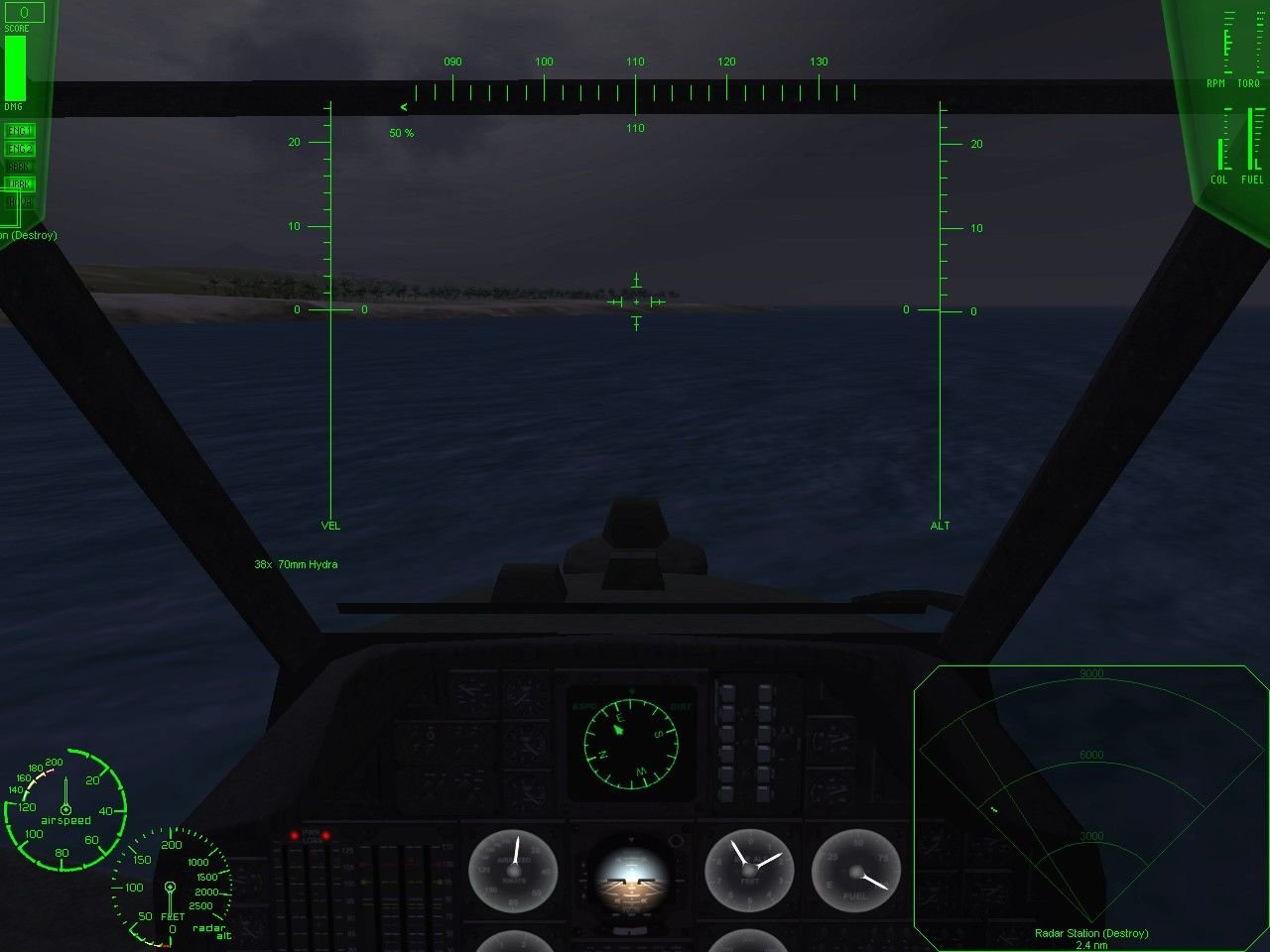