Wars and Warriors: Joan of Arc

Itâ€™s risky business, madly tossing genres together. Like water and oil, some stuff just don’t mix. Unless youâ€™re careful, each individual element will usually end up slightly half-baked enough the make a whole thatâ€™s less satisfying than games with less ambition and a narrower focus. Joan of Arc is a perfect example of that problem. Itâ€™s a mix of third-person 3D action and real-time strategy that doesnâ€™t do either genre particularly well. You control Joan of Arc, and a few famous French generals, as you try to drive the English from your home country. There are eight missions, many of which can take 4-5 hours to complete, and most consist of crossing enormous maps slaying literally hundreds of English soldiers. About a third of the way through the game, you can freely manage your men in real-time strategy mode. This part of the game suffers from incredibly weak pathfinding â€” entire armies get stuck behind simple objects. (Never mind that there are all sorts of invisible and arbitrary barriers all over the maps.)

And the AI, in both game modes, is nearly non-existent. Enemies only react to you when you move within a certain radius, which allows you to fire away with arrows at will. However, once engaged in battle, the AI does have at least one trickâ€”archers will always try to disengage from hand-to-hand combat and move to a certain range to resume attacks; that leads to the slightly bizarre scene of your entire army chasing one archer all over the map. That lack of AI is less problematic when playing in third-person mode, because with the sheer quantity of combat it would be impossible if the troops fought back in any sort of meaningful way.

The sheer number of waves of soldiers you end up facing is overwhelming, and about midway through the game. It becomes more of a war of attrition for the player rather than a quest to restore the glory of France. The quantity of combat would be perfectly normal if this was a Command & Conquer-style RTS, which it partially is. But the entire balance of the game is out of whack; what works in a strategy game doesnâ€™t necessarily work in a 3D action game. For example, as with a lot of real-time strategy games (and unlike the majority of action games), most missions donâ€™t end until every single unit is wiped off the map. Looking for that last unit thatâ€™s keeping the mission from ending can literally take hours of play in some of the more convoluted castles toward the end of the game. If there were less of it, the combat would actually be pretty entertaining. It utilizes a simple combo-move system thatâ€™s easy to learn and doesnâ€™t require a lot of memorization. There are some role-playing elements, as Joan and the generals get experience that can be used to increase stats and add additional combo moves. But the camera becomes impossible to manage in interior locations, and there are issues throughout. For example, you can lure enemy troops to a castle gate, close it as they approach, and attack freely through it without taking any damage.

Itâ€™s hard to discourage ambitionâ€”and make no mistake, this is an ambitious gameâ€”but each individual part of Joan of Arc lacks the polish that a more focused game would have. Thereâ€™s just too much of everything, and none of it is done very well. 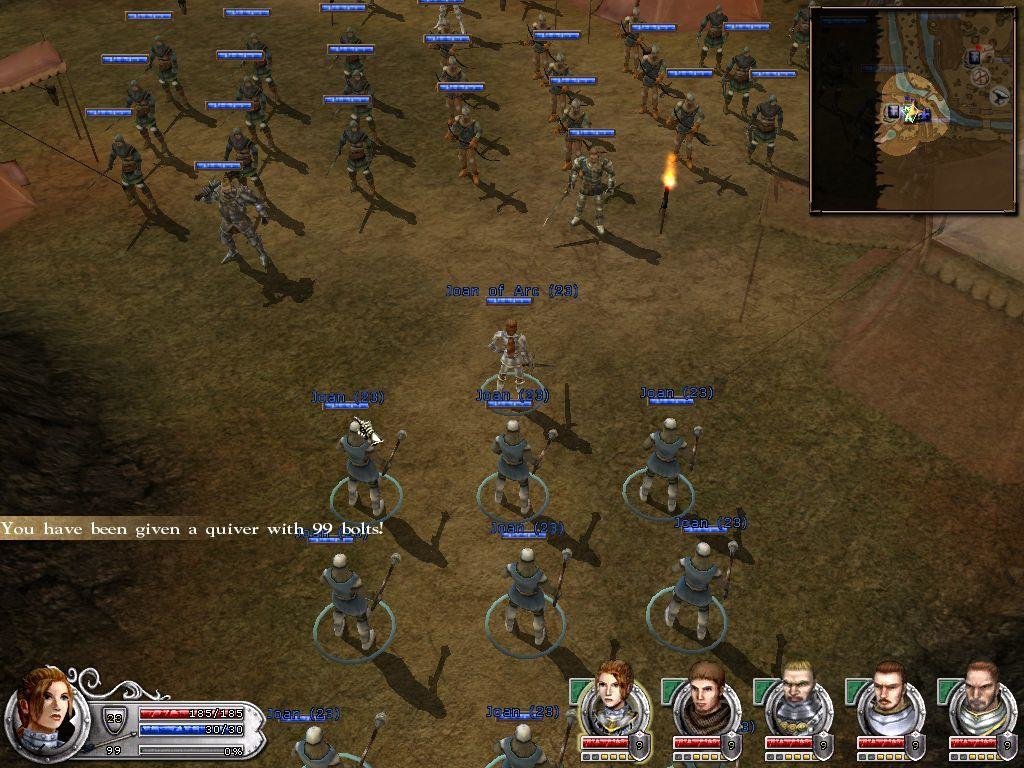 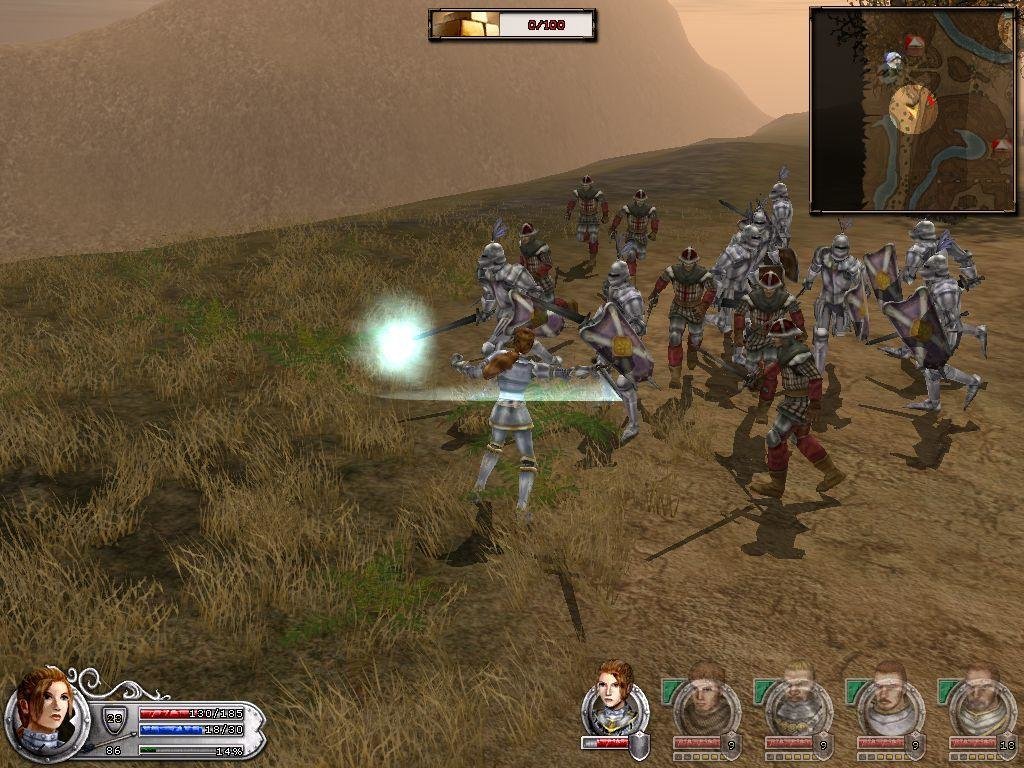 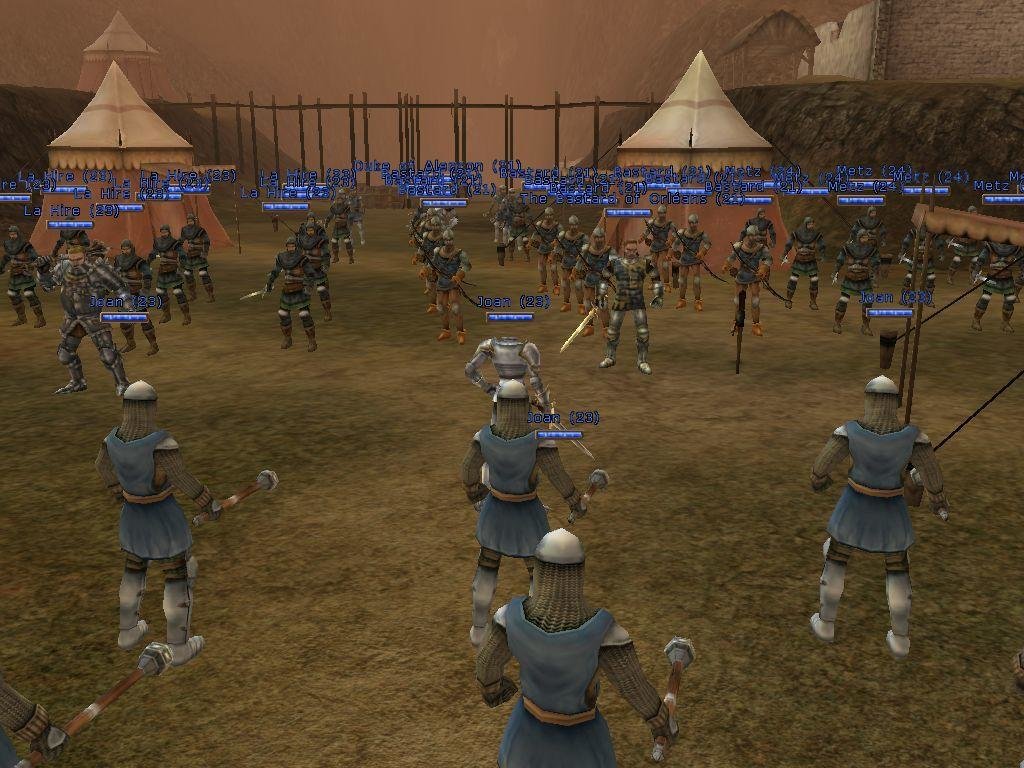