One of the greatest World War II flight simulators ever made. The Eastern Front sets the stage for IL-2 Sturmovik, a plane dubbed the “flying tank” by the soldiers it protectedâ€”the Germans referred to it as “Black Death.” Its tough armor and huge numbers (over 36,000 built) made it the workhorse of the Soviet air effort. IL-2 Sturmovik the game is broad in scope, since it also includes flyable versions of the Me 109 and FW 190. And it’s a simulation fan’s dream that redefines the genre, or at least what’s left of it. It has excellent physics in the flight, damage, and environment models combined with stunning graphics, and the total package is nothing short of revolutionary.

The research effort that went into the game is staggering, and it shows in the cockpit details as well as the variety of airframes. Eight types of the Sturmovik are flyable, as well as three LaGG-3s, three MiG-3s, the La-5FN, six types of Yak, three P-39s, five 109s, and the FW 190 A-4 and A-5. The fighting is set over terrain with detail approaching Microsoft’s Flight Simulator 2002 or Combat Flight Simulator 3.

Maps include Smolensk, Moscow, Stalingrad, Berlin, the Kuban Peninsula, Kursk, and the Crimea. Ground objects look good, and cities and towns are well populated, including individual trees. Both summer and winter terrains are available. You’ll need a pretty hardcore system to get all the bells and whistles, though. The 90-page manual is brief but adequate. The light gray printing may drive you crazy, but an Adobe PDF file contains the same information and makes for easier reading.

In the game, detail is hallmark. Computer-controlled pilots turn their heads to track the enemy, clouds are stunning, a damaged fuel line drips while the plane is taxiing, oil stains smear the windshield of a damaged La-5, the sun glare blinds you as you turn to follow an Me 109, the chute of a strafed pilot collapses and he plummets to earth, tracers vary by color (as they did in real life), and watching a flight of 16 Ju-88s in a flak field is mind bending. Speaking of tracers, the armament variety is equally incredible. The MK 108 30mm cannon is available for the 109 G-6, and various types of rockets are available for the IL-2. How about the 5000 kg bomb for the Pe-8? The IL-2, like the Heinkel, can also carry torpedoes. Those are for the naval battles, of course. The ships in IL-2 are as stunning as the aircraftâ€¦ and as deadly. For the casual pilot, IL-2 Sturmovik also features a relaxed flight model, though you will certainly need a joystick to play. Options are numerous: takeoffs and landings can be toggled on and off, and most of the flight parameters can be toned down for the novice or the player can choose to be invulnerable. Icons can be used to identify bandits, or you can turn them off. There are three game modes: single-player, campaign, and online. Online modes include dogfight, team play, and cooperative. The co-op mode allows complex missions with human and AI pilots.

The campaign is divided into six historical “chapters,” tracking your career from the steppes of Russia in 1941, to the Brandenburg Gate in Berlin in 1945. Combat includes air support, ground attacks and naval battles. Choose the IL-2 and you can fly as pilot or gunner. The included mission editor allows you to create your own custom missions and campaigns.

You’ll be hard-pressed to find better AI in any other flight sim past or present, and you can’t tell the difference between humans and the computer when flying online. It uses flaps, clouds, the sun, and any other advantage it can find to take you out. With a huge variety of opponents (including biplanes), the action is fast and furious.

The game even includes a track file recorder. You can record any offline mission for later entertainment, a great way to learn from your mistakes. The game even allows you to sit on the sidelines in multiplayer mode and observe the action while others fightâ€”an excellent training mode. Since voice communications are built in, you can fly with your friends and keep tabs on each other.

Hands off, IL-2 Sturmovik is one of the best and most important World War II flight simulators to hit the PC. It isn’t perfect – a few minor design decisions come off as slightly off-putting, such as the awkward looking menu interface, annoying music or the non-interactive tutorials (but which are otherwise much more helpful than the manual). Yet in the greater scheme of things, these aren’t dominant problems. Considering the amount of positive attention and online custom content this old timer has since generated, it and its sequels might be the only WWII flight sims you’ll ever need to play. 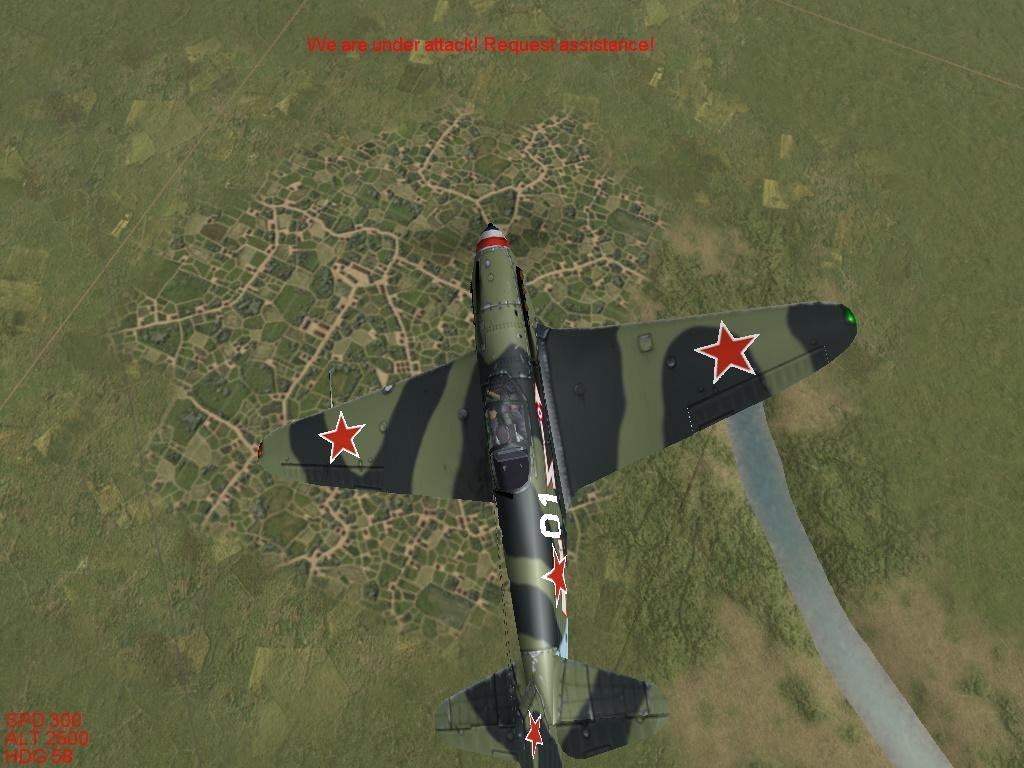