Once upon a time in the village of Balkhane, a young hero by the name of Quickthorpe set out on an adventure to slay four demon beasts and to retrieve the four jewels which would restore the harmony of the land. He travelled through worlds of ice, mist, water and fire and met many interesting and humorous characters along the way. As he traveled through lush graphic screens drawn by an ex-Disney animator, he stopped to listen and marvel at the sounds of the birds chirping in the forest (and other ambient sound effects).

He also learned that all things are not as they seem in the world of Fable, for he was but a pawn in the treacherous plan of an evil priest, as others had been so long ago.

Fable is an average, run-of-the-mill fantasy adventure with superb graphics, charming characters, and just the right touches of humor throughout. There are no complex puzzles here; it’s just a matter of collecting items, combining some, and using them at the right time. The interface is simple; the game uses both left and right mouse buttons effectively.

However, unlike some fantasy adventures, which auto-resurrect the main character, our hero is not so blessed. The four worlds are small, so there is no tedious wandering to get from point A to point B and back should you miss a critical item. Be forewarned, though (maze haters unite!): there is a maze which must be navigated (fear of all fears) more than once. When last we left our hero, he had discovered his role as a sacrificial pawn. But alas, all is not well in the land of game endings. If you want to be a hero, don’t answer an ad for a job in Balkhane. 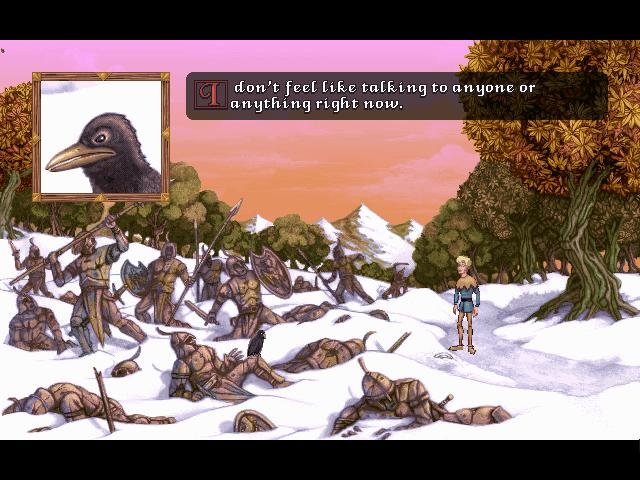