At a time when a 3D card would set you back a whopping 150$ at best, running action games that looked decent but didn’t require 3D acceleration seemed like a logical choice. To this end we have Chasm, also known as the ‘Poor Man’s Quake’ for its uncanny resemblance to its source material. Look hard enough and you can also find some hints of Powerslave and Skynet thrown in there as well.

This game’s essentially a run-and-gun action frenzy through several thematically-distinct worlds, where you blast aliens, fetch key card, open doors, then blast some more aliens. Some nonsense about time travel and inter-dimensional monsters offers the perfect excuse for these sudden changes of scenery, and the variety is almost well worth going through.

You start off within an industrial setting that’s somewhat reminiscent to Quake, then move to Egypt, then to Medieval Europe, then to a sci-fi world. All of these locations have their own gamut of thematic monsters and weapons, and each setting features an end boss. All of the monsters, items and weapons are poly-based, texture-mapped 3D models, making Chasm one of the better looking non-3D accelerated games available at the time (albeit bearing a very familiar dark-brown color palette).

The characters, in particular, look good enough for close-up briefing sequences (complete with lip synchronization… sort of). Enemies come in various shapes and sizes. The initial blend of industrial and sci-fi levels will have you face predictable gun-totting robots and jetpacking sentries. Later Egyptian and medieval themes will have undead zombies, axe-wielding executioners, vikings and many other assorted mutants gracing the screen, their tally numbering fifteen types in total. Most of the weapons are lacking in originality but partially compensate in variety. The first three or so weapons are obvious Quake’s knock-offs, including a stock shotgun, super shotgun and chaingun, while later additions will include your basic grenade launcher (which seems to fire rockets) or an energy-based crossbow. It’s annoying that the game completely neglects to spell out what sort of weapon or ammo you’ve just picked up, leaving most scattered items up for guesswork on your part. The weapons, while looking fair, are lacking any sort of visual or audible impact (the firing sounds and animations are much too dull).

Monsters don’t fare any better as they stagger through the environment clumsily, uttering indecipherable groans as they go. Yet one saving grace is the damage modelling, which lets you blast off arms and such with your arsenal. This gimmick isn’t perfect (damage localization seems dodgy), but seeing a foe lose an arm or a leg is quite new for a 3D action game.

You’ll quickly notice there’s something very wrong with the level layouts. Rather than being true 3D worlds, the levels seem to be made out of chunks of 3D geometry spread across a 2D grid. This makes navigation a whole lot less complicated, with a useful automap function making level exploration a breeze. Yet simplicity takes its eventual toll, and the levels end up feeling unmistakably bland – no rooms above rooms, no towering structures and barely any stairs or elevators to give the environment any sense of vertical scale. There’s a jump key that you’ll hardly ever use, save to jump over the odd stacks of boxes or broken bridges – yay! [note sarcasm]

Although fundamentally flawed, this Ukrainian import shooter isn’t without its moments, however sparse. And finding your way through a level has never been easier in a Quake clone. 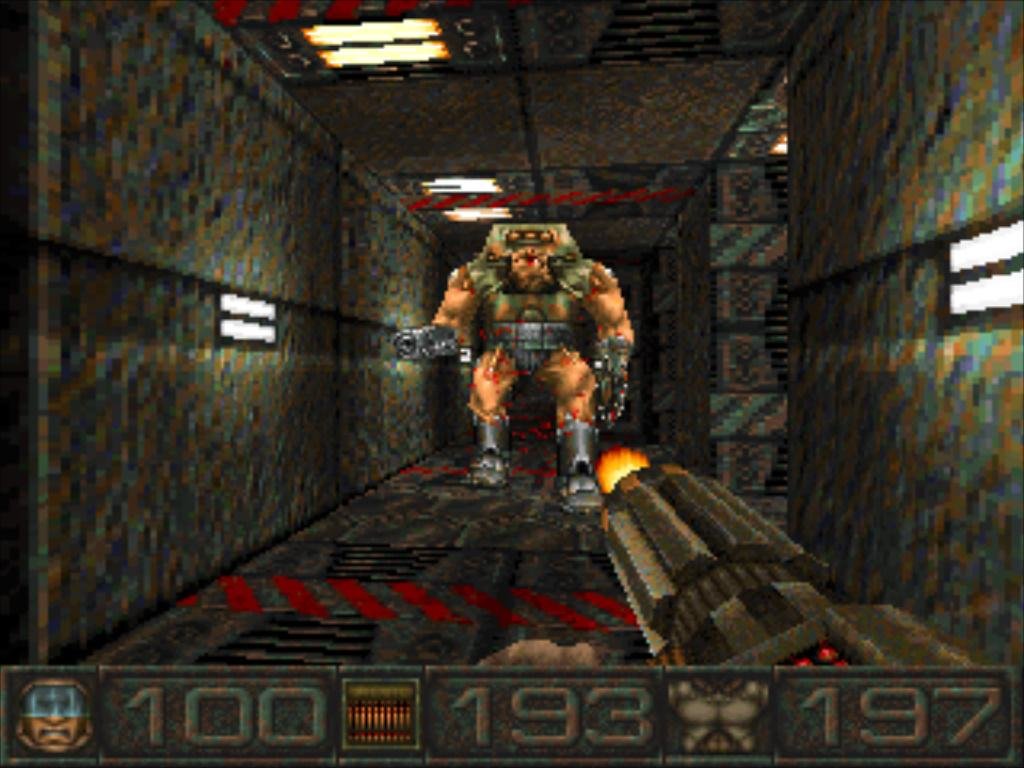 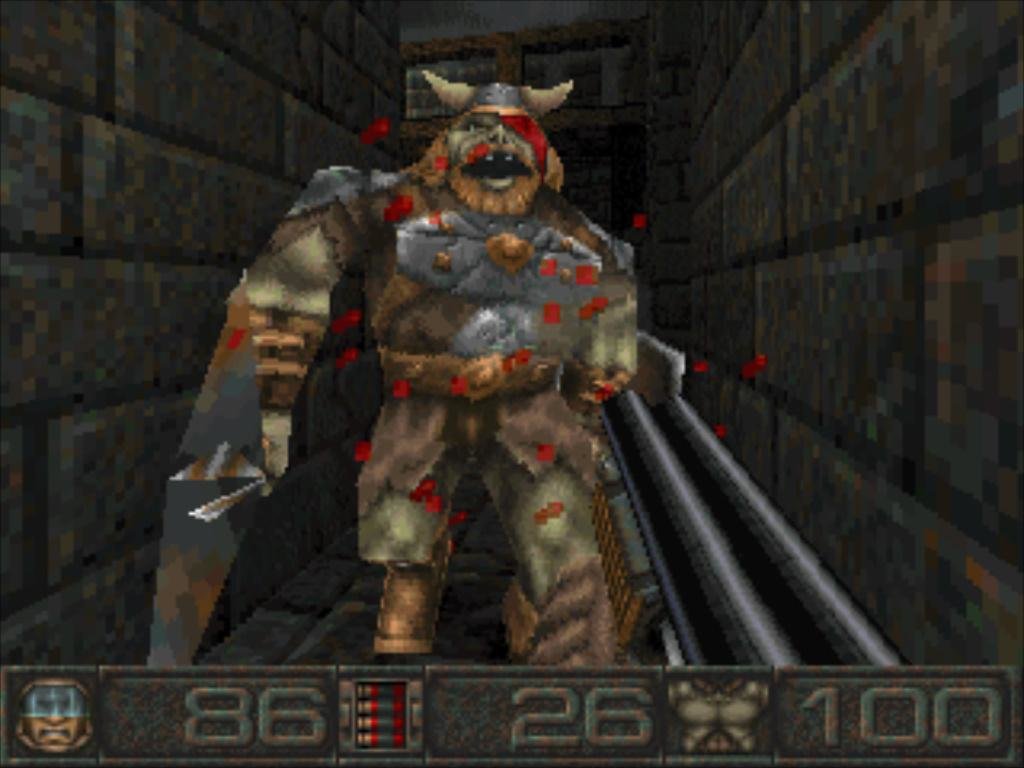