You are John Chaser, an out-of-luck super-soldier with no memory of who he is, or why every guy with a gun is out to kill him. Waking up on a space station under siege, Chaser finds himself, well, chased from orbit to mob-run urban nightmares, factories, shipping docks, power plants, military bases, and eventually Mars. To survive this obstacle course of story cliches, heâ€™ll have to take on legions of armed thugs and soldiers, and handle a variety of guns based on real-world weapons.

If none of that sounds original thatâ€™s because itâ€™s not. Chaser does have a few things of note. First, the water is really great looking, possibly the best for its time. Second, it can support a whopping 128 players for riotously over-crowded deathmatches. And third? Itâ€™s really, really shiny. And not in that run-of-the mill, â€œoh, did this old game get a layer of chrome?â€ sort of way. No, itâ€™s showroom new, where everything, even stuff made of wood, gleams. For those who love shiny objects (you know who you are), Chaser is for you.

Other than that, itâ€™s completely standard. The graphics, aside from being ever so shiny, are entirely unremarkableâ€”theyâ€™re decent, but nothing more, with rather coarse character design. The noir-ish atmosphere would have been great if not for the terribly written dialogue and poorly conceived plot. The action is engaging for the most part, but filled with annoyingly cheap enemy respawns and some nearly impossible situations. Twenty weapons is certainly a lot to choose from, except that most are machine guns of one sort or another, and none are even slightly original.

There are forty sizable levels, however, which gives Chaser plenty of gameplay. While nothing here is even slightly above average, or noteworthy, itâ€™s not a terrible game by any means, and if you have insane amounts of bandwidth, the 128-player support is sure to draw your attention. Good luck finding any matches online with that many players though. 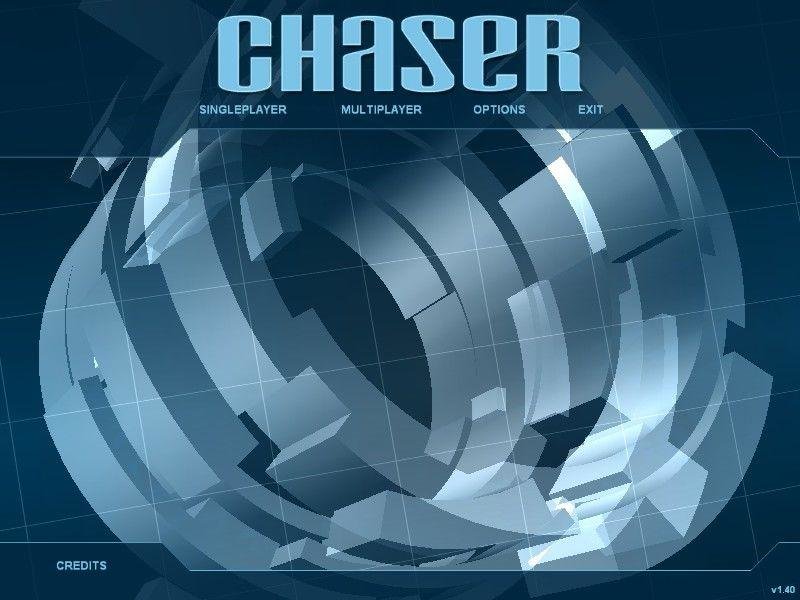