You might remember the hectic multiplayer shooter that was Unreal Tournament (UT99), a game that somehow still survives online despite its venerable age. Although a completely different technological beast on the surface, Unreal Tournament 2003 is by no means the gaming revolution it originally set out to be, but rather a refinement of online multiplayer designs. There are times when it actually advances those designs and throws in some fresh ideas, but too often it backtracks and consequently fumbles.

The primary buzz surrounding Unreal Tournament 2003 had to do with the graphics, but that’s not saying it’s a completely soulless tech demo. On the contrary, it’s quite a solid sci-fi arena shooter packaged primarily as an online multiplayer experience, but with an included single campaign that’s every bit as pointless as before. Roughly thirty maps are available, all rendered in quite stunning detail. From the Egyptian-themed remake of Facing Worlds to a desolate hellish landscape, arctic wasteland or sleek industrial centers, every non-descript corner, archway and exterior scenery looks cool.

Alongside traditional gaming modes (Deathmatch, Team Deathmatch and Capture the Flag) we have two fresh arrivals – Double Domination and Bombing Run. The former plays a lot like UT’s classic Domination, except the object being to simultaneously control two control points on the map for more than ten seconds to score (whereas before you had to hold several points continuously to rake up a higher score). It’s an interesting twist, and it’s delivered alongside some excellent map design. 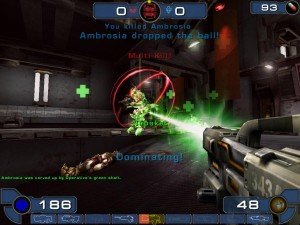 The AI for Bombing Run isn’t stellar. With no way to shoot back, this guy’s an easy victim.

Bombing Run, the second gaming mode, is basically a glorified Capture the Flag that plays halfway like American football. Two teams are involved and each is tasked with collecting and launching a futuristic pigskin into the opposition’s gate, tucked deep inside their starting base. One important detail here is that, unlike Capture the Flag, you can’t fire back when carrying the ball, although you can launch the thing prematurely to regain control of your armory. This can often be used to exploit the AI, who mindlessly rushes in to grab the ball only to get shot down like defenseless turkey seconds later. Both Double Domination and Bombing Run are welcomed distractions, but they can’t quite match up to the thrill that came with UT’s traditional Assault.

Most of the old weapons have returned in one shape or another – some, like the powerful Flak Cannon or exceedingly clever Lightning Gun that works as a sniper weapon, are excellently designed. I particularly enjoy the Lightning Gun for not the perfect camping weapon that sniper rifles tend to be – that long stream of electricity is a dead giveaway for any sneaky sniper. But as balanced as the armory tends to be, you’ll invariably top your kill ratio with either the Flak Cannon or Rocket Launcher in close to medium distances or with the Lightning Gun, Plasma Rifle or Redeemer (a.k.a. the portable nuke) for mile-long shots. Possibly the most obscure improvement was given to the humble Translocator, which now has an in-built camera that you can toggle on and off (allowing it to function as a makeshift spy camera, for example). Adrenaline is yet another clever gimmick thrown in – when your character gets beefed up with this hormone, you can trigger one of several temporary power-ups using (in true Mortal Kombat style) various directional key combinations – double damage, great speed, health or partial invisibility. So with all of this stuff, why isn’t this a five-star game? Well, to be honest, there isn’t quite that much stuff to go around. New features like Adrenaline or Double Domination are cool, but there’s the giant missing elephant – no Assault mode. Then there’s the largely pointless singleplayer, same old gameplay and overall less content that you would have otherwise gotten with UT99 GOTY, minus the next-gen visuals. The graphical overhaul is welcome and the level design is downright brimming with originality at times, even if the product as a whole is lacking as a game. 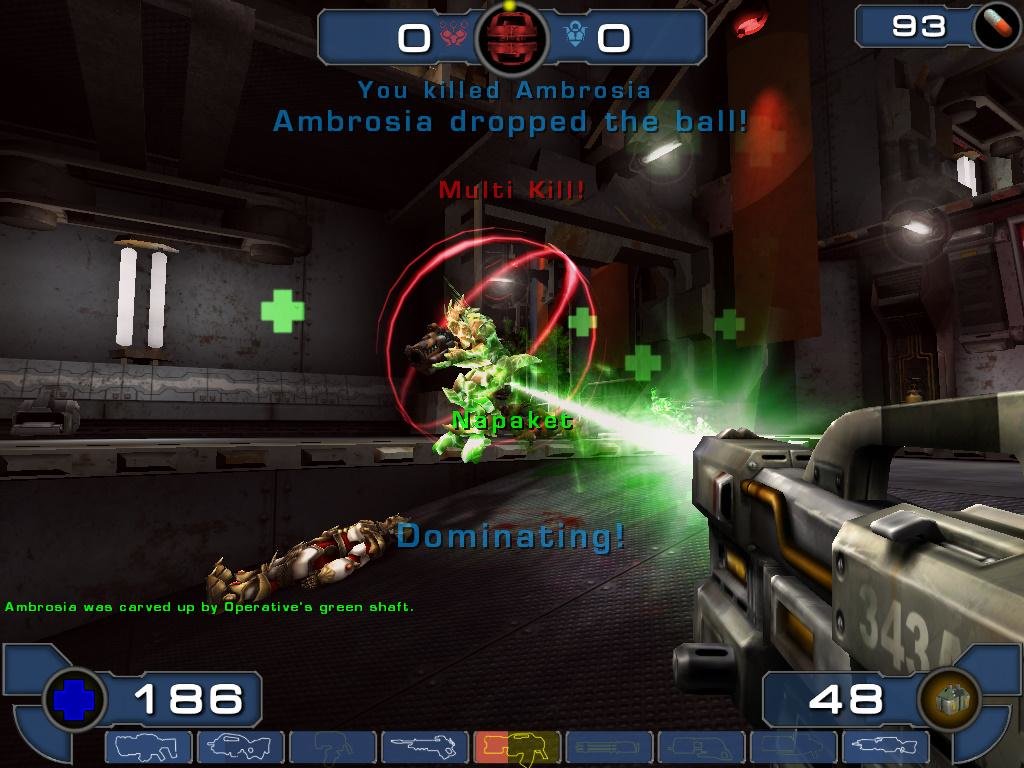 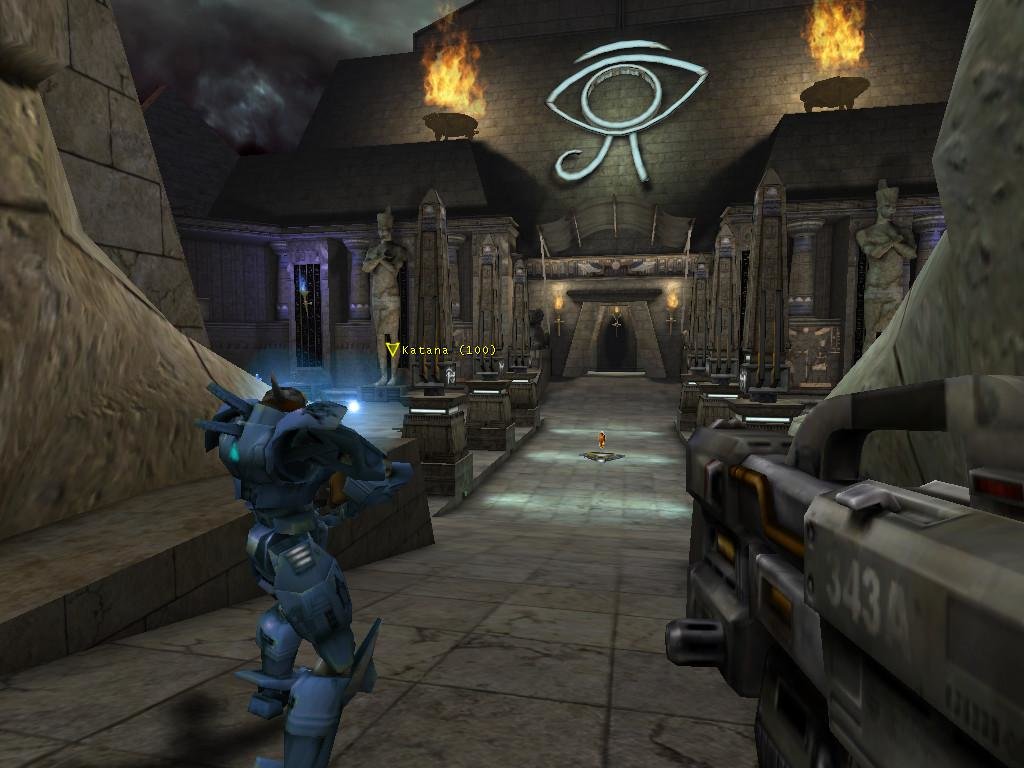